I want to raise money to help my friend and Muchness Challenge alum- Shannon.

Shannon is a TTTS mom. She lost her daughters Anna and Claire about two years ago despite two laser surgeries to try and save them.

Four months ago she gave birth to her rainbow baby Zane. Since before he was born, Zane has been having medical issues that have surprised and confused his team of doctors. He’s spent much of his life in the hospital, undergoing multiple surgeries, including one for neuroblastoma, (cancer) while his doctors explore reasons, explanations and diagnosis for his complicated and heartbreaking medical issues.

Now, upon their most recent potential diagnosis of Opsoclonus Myoclonus Ataxia Syndrome, a disease so rare it affects only 1 in 10,000,000 annually, Shannon, who has 3 other young children, must travel to seek the care of a specialist. She’s started a fundraiser to try and cover their travel expenses and I’m asking for your help to raise some money. 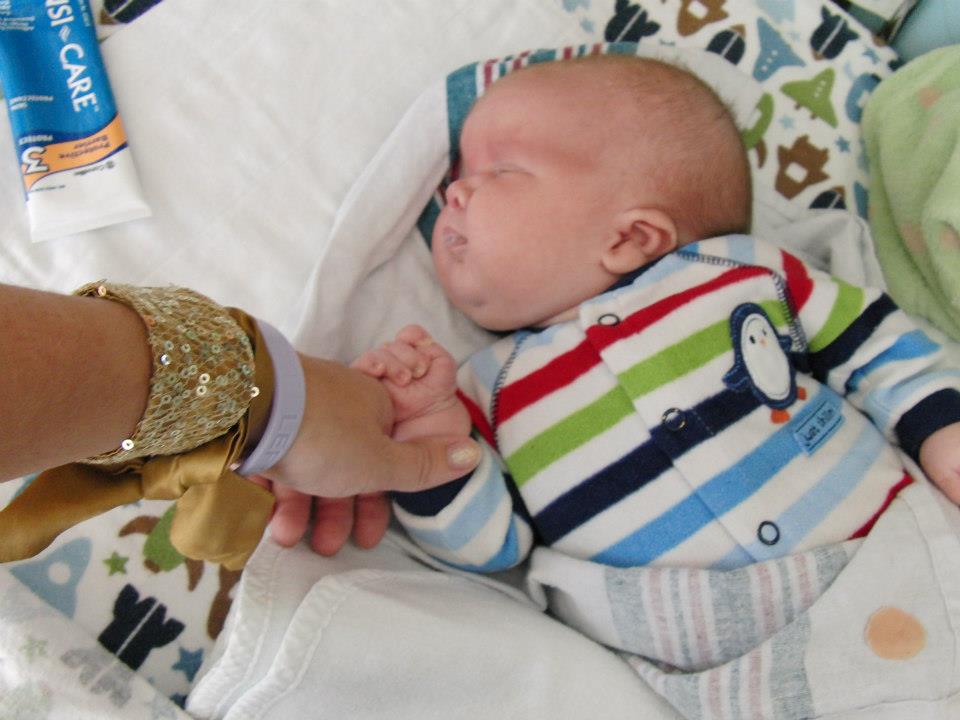 Here is lil’ Zane with his Muchy mama in her Muchness Band!

Shannon, seen here wearing her Muchness band as a necklace, with some Muchy bracelets she won in a Muchness Contest last year – has been a big supporter of The Muchness and I hope I can raise a nice amount of money to tack onto my own donation.

Thanks so much for your support.